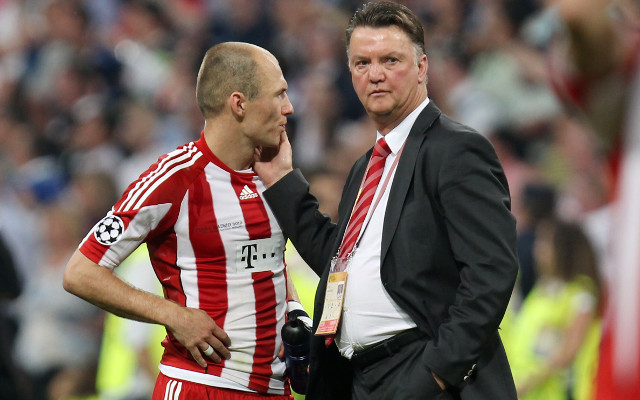 Arjen Robben has backed his former manager Louis van Gaal to be a success at Manchester United despite a troubled first season at the club, reports the Daily Express.

Robben’s Dutch compatriot has been criticised for results, style of play, and the formations that he has tested out at Old Trafford this season. However, having worked with the 63-year-old at Bayern Munich and with the Netherlands national team the winger thinks that he will come good in the Premier League.

He said: “I have a lot of confidence he will be a success. He needs time to build his team. When he qualifies for the Champions League — and he has a realistic chance of winning the FA Cup — if that happens, he has had a great season.”

The history between the pair has led to some rumours that the World Cup star could make the move to United in the future. However, the 31-year-old has made it clear that he is happy in Germany: “The life I have with my family is so good, the team has been successful.”

The door wasn’t completely closed on a move to English giant though: “If things were not going so well, maybe (joining United) would be the first option, but he knows I am happy.”