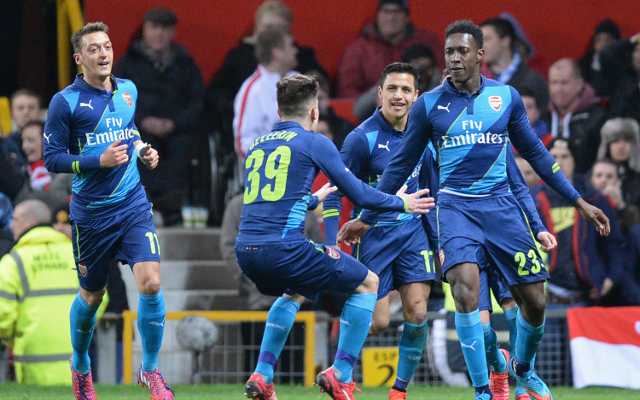 The former Manchester United striker was the hero at Old Trafford.

Arsenal have secured their place in the final four of the FA Cup, and are now favourites to win the whole thing, after they defeated Manchester United 2-1 at Old Trafford, thanks to goals from Nacho Monreal, and former United striker Danny Welbeck.

With the Gunners now awaiting either Reading or Bradford for a place in the final, Twitter has responded with its usual hilarity, largely paying homage to Welbeck himself.

But Arsene Wenger’s side have been quick to acknowledge their achievement, by posting a celebratory selfie from the Old Trafford changing room.

Here are some of the best posts from Twitter…

So happy for qualified To the semi final of the FA cup, amazing support from the fans once again #wembleyyy wembleyyy pic.twitter.com/hK6GBerIiu

We are not worthy. pic.twitter.com/rKcM3Emx9Y

When I see my fellow Arsenal supporters tomorrow pic.twitter.com/DLqmkfPy5V

So pleased for Danny Welbeck. He was humiliated by van Gaal, tonight he exacted perfect retribution. #afc