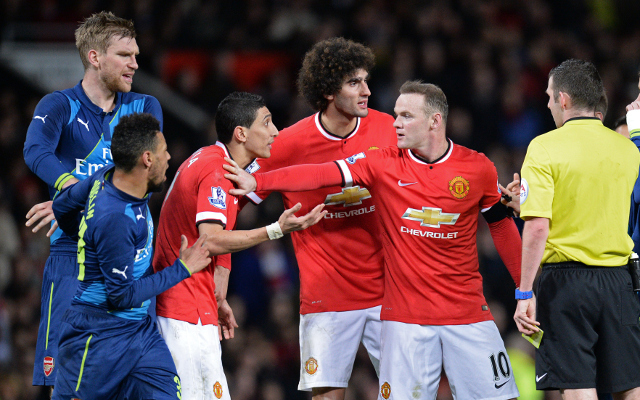 United resort to cheating to try and beat the Gunners…

Danny Welbeck scored on his first return to Old Trafford, to help secure a return to Wembley for Arsenal following their FA Cup win over Man United.

However, that might not even be the biggest story to come out of the game with both Adnan Januzaj and Angel Di Maria booked by referee Michael Oliver for diving.

Yes, if you missed the game you might have just choked on your morning cuppa to learn that two United players attempting their best Tom Daley impressions actually resulted in yellow cards for both rather than the usual penalties/free-kicks we see at Old Trafford.

But did the young ref get the two decisions right? Be the judge for yourself below: