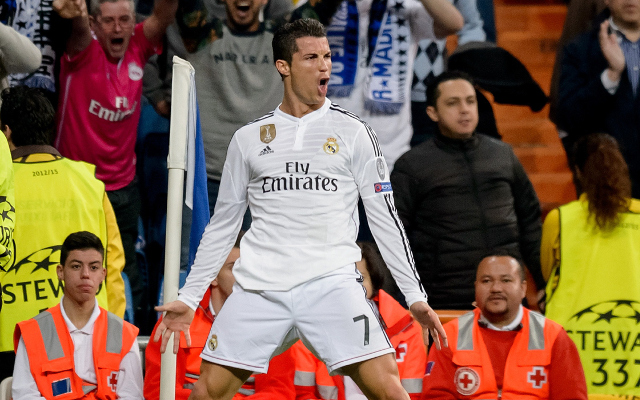 Are Real in crisis..?

Real Madrid conceded four goals, as they were beaten by Schalke 04 on the night, but the Spanish side just crept through to their fifth successive quarter final with a 5-4 aggregate victory.

A shake of the head by Cristiano Ronaldo at full-time spoke volumes as Real Madrid suffered a serious scare in their bid to keep their hands on the Champions League trophy, which will heap further pressure on boss Carlo Ancelotti.

A superb start to the game by Roberto Di Matteo’s side was rewarded after just twenty minutes by a near-post finish from Christian Fuchs, with fingers justly pointed to the poor goalkeeping of Iker Casillas, who should have done much better.

The lead, however, only lasted five minutes, as the under-fire Cristiano Ronaldo left his defender expertly in the box to head home the equaliser into the far corner.

With just five minutes until half-time, Klaas-Jan Huntelaar came back to haunt his former side with this poachers finish, after another spot of poor keeping from Casillas saw Max Meyer’s strike parried straight into the path of the onrushing striker.

However, in an unbelievable first half of goals, Real’s legendary no.7 was at it again – another bullet header from the Portugal captain made sure his side didn’t go into the dressing room a goal down.

With two goals already conceded, Carlo Ancelotti must have given his team a stern dressing down at half-time, as after just seven minutes into the second-half, Karim Benzema netted an excellent individual goal, which should have relaxed the side.

But, you guessed it – the Royal Blues responded just moments later with a stunning curling finish from 19-year-old Leroy Sane on his European debut of all nights.

At 3-3 a draw seemed probable, yet with just six minutes of normal time remaining, Huntelaar grabbed his second of the game with a sublime finish, to seriously test the nerves of Real, as the Bundesliga outfit needed to score just one goal to secure a place in the quarter-finals.

The epic comeback, however, wasn’t to be, with Schalke winning on the night, but Real going through 5-4 on aggregate.

Despite overall victory, Ronaldo was not happy with the performance at full-time, and the result will only lead to questions of whether the Champions League holders are in a crisis.