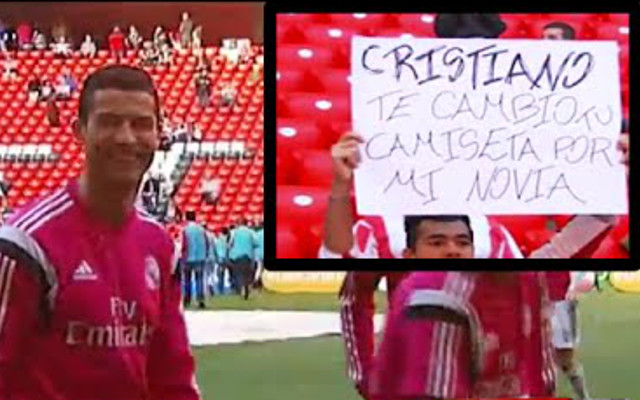 One fan of the Basque club showed off a sign claiming that “I’ll give you my girlfriend if you give me your shirt”. Whether his partner had agreed to this is another matter…