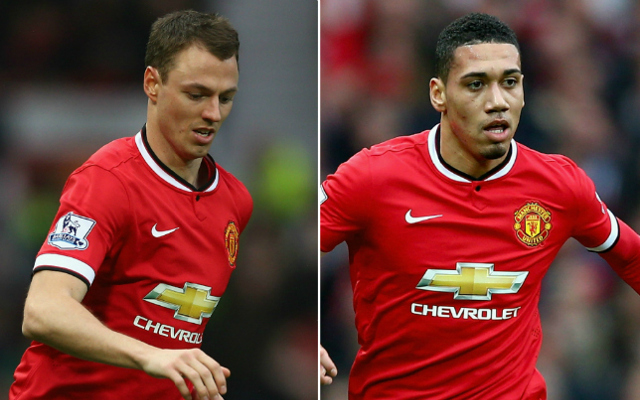 The Gunners are considering signing the Red Devils defensive pair…

Arsenal are eyeing centre backs in the up coming summer transfer window and have held talks over signing Manchester United pair Chris Smalling and Jonny Evans, according to Metro.

SEE MORE:
Arsenal transfer news
Danny Welbeck & Five Other Players Who Came Back To Haunt Their Former Employers Including Chelsea Legend, Arsenal Traitors & Man United Favourite
Arsenal Are Three Players Away From Premier League Success But Who Should They Target

The move will come as a strange one to Gunners fans, with the two defenders looking like they would be surplus to requirements at Old Trafford once their contracts run out at the end of the season.

Should Arsene Wenger decided against the Manchester United pair, it is thought that Dynamo Kiev centre-back and Austrian star Aleksandar Dragovic is in their sights.

Evans and Smalling have featured 16 and 13 times respectively for the Red Devils, with Evans currently serving a ban for spitting at Newcastle striker Papiss Cisse.