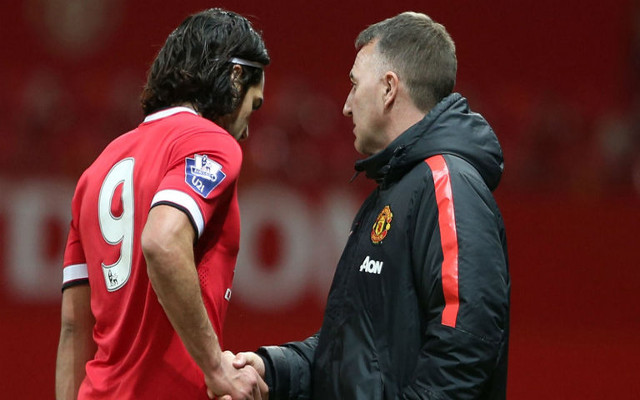 The Colombian’s reputation has plummeted…

Radamel Falcao’s disappointing Manchester United career hit rock bottom as he turned out for the side’s U21 team at a deserted Old Trafford, to play against Tottenham, on Tuesday night.

The £280,000-a-week Colombian star was humiliatingly named in the Red Devils’ second string, alongside Victor Valdes, James Wilson and Rafael.

He couldn’t even notch a shot on target in the first half.

The big money flop was hauled off after 71 minutes, having missed a clearcut chance, and his face told onlookers everything they needed to know about what he thought, as assistant manager Ryan Giggs watched on.

It could be said of Louis van Gaal that putting a player garnering such media attention in the second string, at a time when he is under pressure, is simply inviting negative attention and would obviously just serve to humiliate the striker.