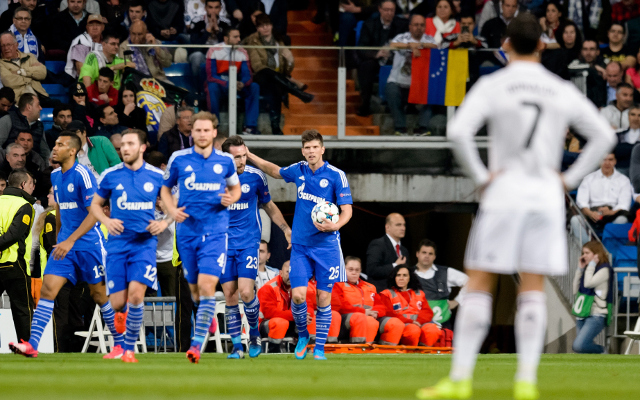 The Spanish giants suffered a humiliating 4-3 defeat at the Bernabeu on Tuesday night.

Real Madrid progressed through to the quarter-finals of the Champions League on Tuesday night – but only just. Had it not have been for their 2-0 win in the first-leg, the holders would have been out of the competition after falling to a 4-3 defeat to Schalke 04 at the Bernabeu.

At the full-time whistle, Cristiano Ronaldo’s face spoke a thousand words, as the Portugal captain was clearly fuming at the performance of his side, and it’s been revealed that he shared some harsh words with striker Karim Benzema on his view of the defeat.

Which begs the question: is there a crisis with the Champions League holders?

Take a look at what was said here: