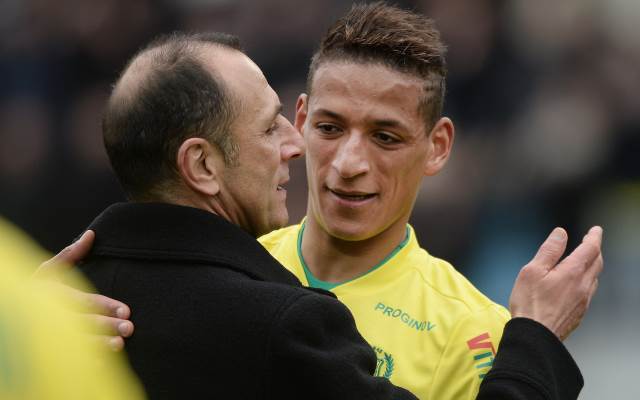 The Atlas Lions have including the Canaries hitman in their preliminary squad of 34 for their upcoming international friendly against Uruguay.

However, while there is joy for the 23-year-old Paris-born forward, on the occasion of his first international acknowledgement, Younes Belhanda has been overlooked for the selection.

The playmaker, like Queens Park Rangers’ erratic attacking midfielder Adel Taarabt, has not been named in the pre-selection.

Former France U21 international Belhanda hasn’t featured for club side Dynamo Kiev since being sent off after only three minutes in their Europa League clash with En Avant de Guingamp on February 19.

Taarabt has been a peripheral figure at QPR in the Premier League.

Morocco are set to meet Uruguay on March 28.