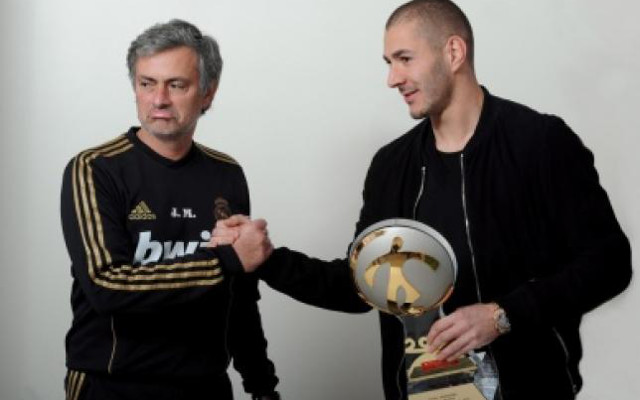 The Portuguese has since left the Bernabeu for Stamford Bridge…

Real Madrid star Karim Benzema has revealed that Chelsea manager Jose Mourinho improved him by criticising his every move, reports the Daily Mail.

The Portuguese was in charge at the Bernabeu before starting his second stint at the Blues and led the Galacticos to La Liga and Copa del Rey titles but never the Champions League. Since he left they have won Europe’s premier competition under new boss Carlo Ancelotti.

However, the France international thinks that the 52-year-old made him the player he is today, by driving him on with comments such as when he branded him ‘lazy’. From being out of favour at the Spanish club, Benzema has gone on to become one of the most important players in the first team.

The 27-year-old said: “I have had criticism ever since I signed for Real Madrid. I really think it is something that has happened since I came to Real where I cannot make a bad pass or have a bad game.

“At the start, it hurt me, but I am used to it now. It affects my family more. I knew that I was being criticised, that Mourinho criticised me, but it was his way of making me react. Actually, after that, I became mad. I worked as much as I could. Now, I come in before everyone else, I have treatment, I go to the gym, and I am the last to leave after training.”