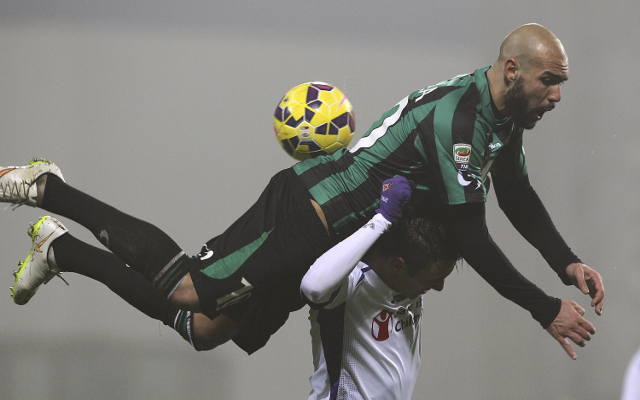 Tottenham are seemingly pushing ahead in their pursuit of highly rated Italian forward Simone Zaza with the Metro claiming the Sassuolo star’s agent is set to conduct talks with the north London side.

White Hart Lane boss Mauricio Pochettino has been overly reliant on excellent Englishman Harry Kane this term, with Roberto Soldado, Erik Lamela and Emmanuel Adebayor offering little in the way of an end product, and as such interest in Zaza is unsurprising.

Zaza left Juventus for Serie A minnows Sassuolo in July 2013, though the Turin side still possess a ‘first option’ to sign the Italian international, and the powerful forward may well be tempted by a move to the Premier League.

Clearly the chance of Spurs landing the 23 year old would be improved by the offer of a Champions League carrot and Pochettino’s side are certainly in with a shout of a top four spot.

Zaza has racked up 17 goals in 44 Serie A starts since moving to Sassuolo and has shown the potential to make the ‘step-up’ over the summer.