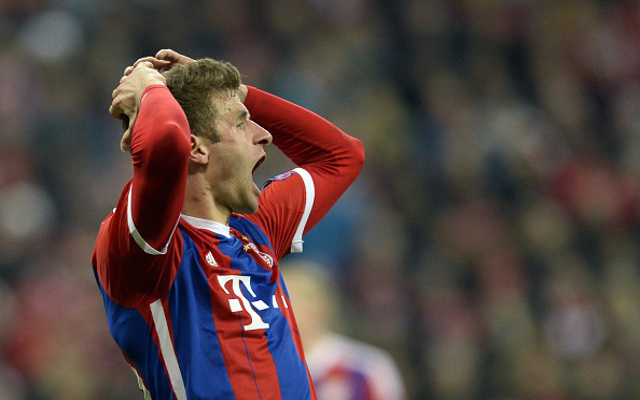 Pep Guardiola’s side put Ukrainian opposition to the sword.

Thomas Muller gave Bayern Munich an early lead from the spot after Shakhtar had seen Oleksandr Kucher sent off.

It took another half an hour for the Bundesliga side to double their lead with Jerome Boateng making it 2-0.

Four minutes into the second half Franck Ribery ended the game as a contest.

Holger Badstuber headed in a fifth just after the hour.

Robert Lewandowski beat the offside trap before firing in the sixth….

…and Mario Gotze made it seven with a fine solo effort.