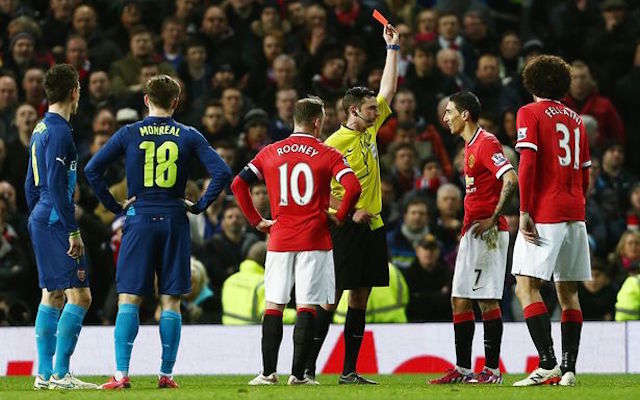 Video evidence seems to prove he did.

Man United star Angel Di Maria could be in more hot water with the FA following his red card against Arsenal after video footage appears to show him calling referee Michael Oliver a “son of a b****”.

Di Maria saw red after picking up two yellow cards in the space of 30 seconds against the Gunners, the first for an obvious dive and the second for manhandling the referee in protest of his first caution.

But it has now been suggested that after receiving his first booking, the Argentine called referee Oliver a “hijo de puta” which in English translates as “son of a b****” as he grabbed his shirt.

Judge for yourself below: