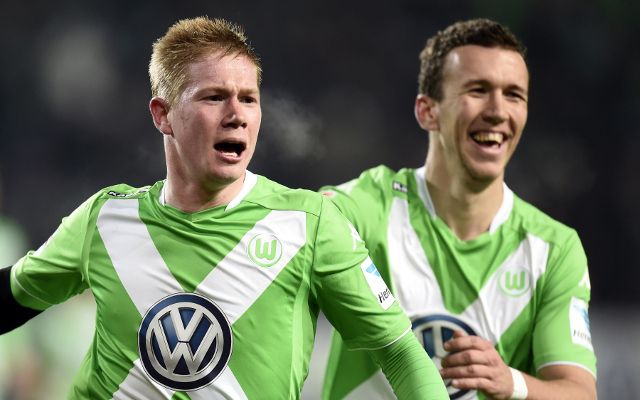 Wolfsburg boss Dieter Hecking has told Manchester United that in demand midfielder Kevin De Bruyne will stay with the club for another season at least, meaning they will have to temporarily shelve their transfer plans for the time being, the Daily Express reports.

The Belgium international has been consistently linked with a return to the Premier League recently, with United frontrunners to land his signature.

Louis Van Gaal is reportedly lining up a £30m move for the former Chelsea man over the summer, but Hecking has told the Premier League giants that they will have to bide their time.

“I think he would benefit from another year in the Bundesliga. That’s what I would want,” Hecking said.

“Kevin feels good, he’s enjoying a good season and it is clear that he is in very, very good hands with us.

“I don’t see him going anywhere in the summer.”