But this might have been more to do with the face the 16-year-old was given Zlatan’s match day shirt as a gift following the surprise away-goals win for the Ligue 1 champions. 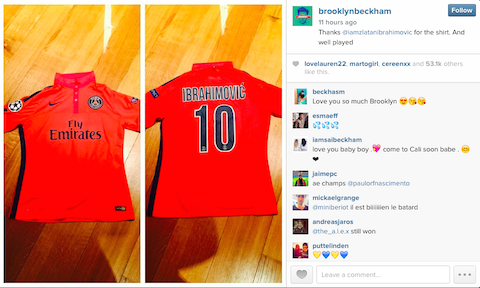 Beckham Junior visited Stamford Bridge for the clash between his father’s former side and the Blues with his two brothers and his dad.

Luckily, given the amount of time Ibra spent on the pitch and what little he did before getting sent off, it probably won’t need a wash.