Arsenal have entered a new era of financial freedom.

Arsenal spent years focusing on being financially prudent as they paid off the debt from the Emirates Stadium. However, with the remaining debt being managed and added sponsorship revenue, a new era dawns.

An era where the Gunners can comfortably finance deals for the likes of Mesut Ozil and Alexis Sanchez, totalling over £70m whilst the club continues to generate a profit.

With another summer spree set to take place, here is how the Arsenal team could look like next season. 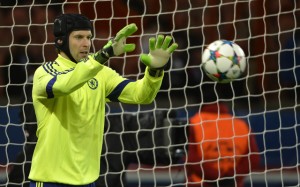 The Chelsea goalkeeper is set to move this summer after seeing his place between the sticks taken by the sensational Thibaut Courtois and Arsenal desperately need a top shot stopper. Wojciech Szczesny has been dropped for David Ospina in recent months and did little to provoke a rethink from Arsene Wenger with his display at Old Trafford on Monday night.

With the form and rapid rise of Hector Bellerin, Debuchy will be in for a battle when he returns to the side but will no doubt regain his place due to his experience. There was a feeling last summer that Wenger opted to sign Debuchy despite turning 29 as he wouldn’t stunt the development of Bellerin and it looks as though the plan is working. 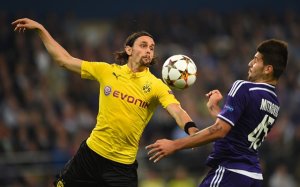 The commanding Dortmund defender has been a solid presence in their back four and Wenger has long been an admirer of the Serbian defender with a move in the summer recently mooted. Calum Chambers remains a long-term option at centre back, but the form of Per Mertesacker has been worrying and at 26, Subotic seems like the perfect replacement.

Remains the club’s best central defender and is a classy customer at his best when defending on the front foot, Koscielny could form a devastating partnership with Subotic.

A sensational 2015 has cemented his place as Arsenal’s bonafide first choice left-back with Monreal excelling in the biggest of games to displace Kieran Gibbs. His cool finish at Old Trafford has particularly become a feature of his game.