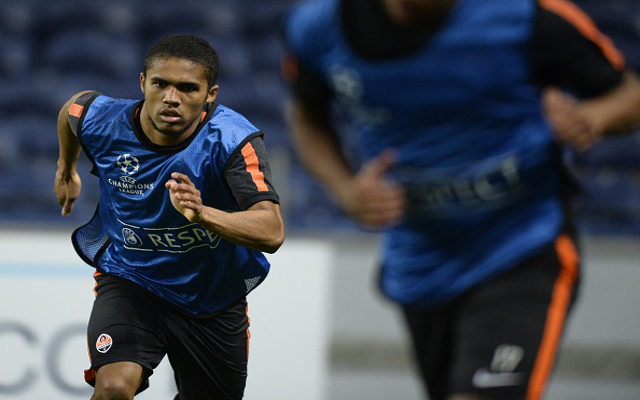 Stamford Bridge side look to add to Samba Star contingent.

Chelsea have made a move for Brazilian international Douglas Costa according to the Metro.

Jose Mourinho courted the Shakhtar Donetsk playmaker in January and is said to have made a fresh offer for the former Gremio man, though it’s unclear as to whether the bid met the Ukrainian side’s £22m price-tag.

Costa is into his sixth season at the Donbass Arena and may well feel the time is right to leave, especially given the political climate in the area, and a move to Stamford Bridge would surely tempt the flair player.

A move to the West London side would see Costa team up with national team colleagues Oscar, Ramires, Filipe Luis and Willian.

Costa has proven a big success in Ukraine, winning five domestic titles and a host of other honours, but clearly a move to the Premier League would see the 24 year old rewarded with a hefty pay-rise though could perhaps see the player having to fight for regular first-team action.