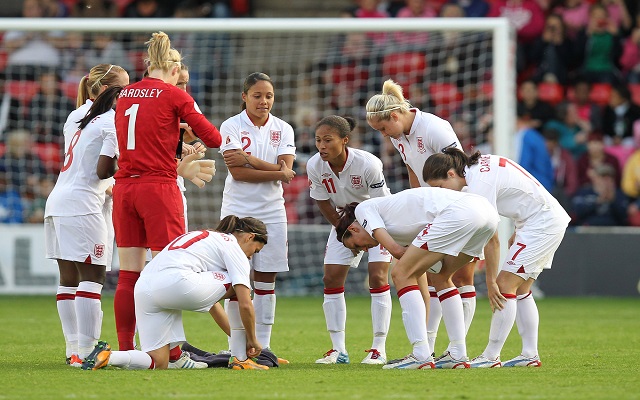 England Women have won the 2015 Cyprus Cup after beating Canada 1-0 in the GSZ Stadium, Larnaca.

Lianne Sanderson’s 67th minute goal was enough to give the Three Lions the win. It was the second time in three years that England have won the invitational cup, and their third time in total.

These season’s tournament was especially significant given it is a World Cup year.

Mark Sampson’s side emerged as winners from a group which also contained the Netherlands, Finland and Australia, and after the final he told the BBC that “we challenged the team to win the tournament and put pressure on them to deliver. They’ve done that fantastically well”

“I’m very proud of the players – this will give us a lot of confidence moving forward towards the World Cup finals.”

“We’ve proved throughout the tournament that we’re a difficult team to play against,” he added. “We can play in all kinds of different ways. We can be solid and resolute, we can be open and expansive – we’re becoming a team that not many will want to face in [the World Cup in] Canada.”