Everton came from a goal down to win 2-1 against Dynamo Kiev in their Europa League last 16 first leg clash at Goodison Park, and restore a little bit of pride after a bad week for English clubs.

Goals from Steven Naismith and Romelu Lukaku ensure that Roberto Martinez’s side will take a slender lead with them to Ukraine next week.

Here is how the players rated tonight: 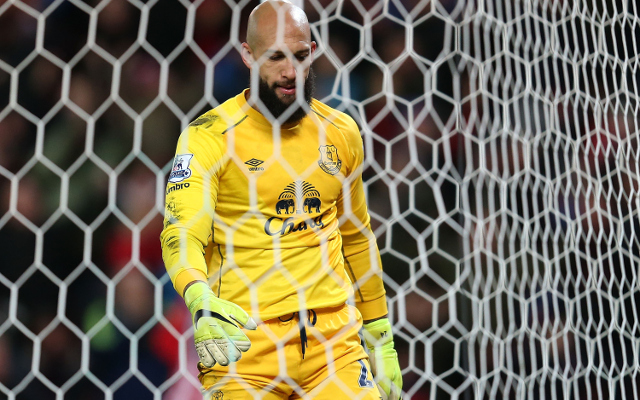 Could have perhaps done better with Kiev’s goal, having got beaten at his near post, but looked solid most of the evening.

Didn’t have one of his best games in an Everton shirt, struggled to get into the game, and wasn’t able to make as many of his threatening attacking runs.

Made a couple of crucial interventions in the first half to keep Everton in the game. Jaglieka had another solid evening at the back.

Struggled in the first half, his passing in particular was not great. But looked better, and more settled in the second half.

Perhaps struggled to deal with Yarmolenko, but could put that down to inexperience in arguably one of the biggest games he’s played.