Football often offers the chance for those in the shadows to take centre stage and become stars with many such instances taking place this season around Europe.

Previously resigned to playing a back-up role, these individuals have become idolised and are now driving their respective club’s to new heights.

As Arsene Wenger often says, “having to find solutions internally is a blessing” (via the Express) when looking to address an area in your squad and as managers are always on the lookout for a new star externally, the player they’ve needed may have been right under their nose the whole time.

Here are five players who have surprised the world this season. 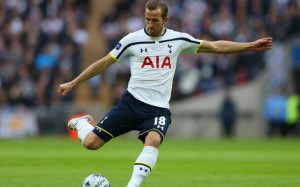 There is nothing better than when a product of your academy comes through the ranks to become the star of the show. Kane is the main man at Spurs and one of the player’s of the season in the Premier League. Going out repeatedly on loan, the arrival of Mauricio Pochettino was a match made in heaven for Kane with the manager’s reputation of focussing on academy products. Spurs fans were relieved to know that Kane has committed his long-term future to the club.