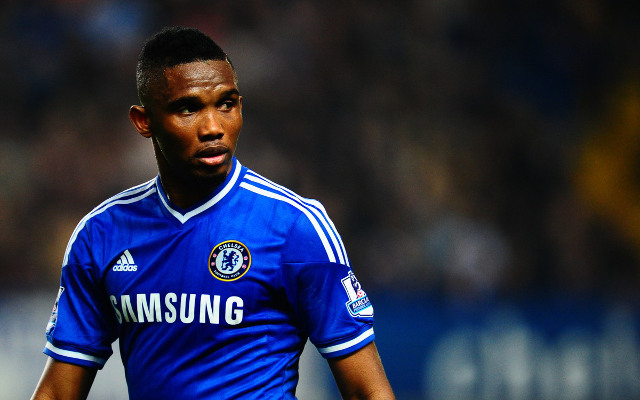 Former Chelsea forward Samuel Eto’o reveals that he was the victim of racial abuse during his short career with the Blues in a West London jewellery shop.

The Sampdoria striker attempted to buy a £10,000 watch at the jewellers, only to have his credit card rejected by the shop assistants.

Eto’o told CNN: “I went to go buy a watch at a jewellers, not too far from my house. The watch I wanted to see was expensive. I asked the saleswoman — who was also black — ‘Could you show me that watch please?'”

“First, I saw her turn to her co-workers like, ‘Uh, what should I do?’ Eventually, she let me see the watch. I looked at it and said, ‘OK, I’ll buy it.’ I took out my credit card and when she went to go run it through the machine, she came back and said it was declined.

With an estimated net-worth of $80m, the Cameroonian wasn’t convinced, and asked: “Was it declined or did you not want it to be accepted?”

“The woman then slipped up and said, ‘No, it’s just that we had some Nigerians in the store the other day who came in with fake credit cards.’

“I don’t know if you can imagine the weight of what she said. If one of my own makes a mistake, they judge us all. I don’t think she’s a racist person, but she stereotyped all black people as ‘those people’.”

Chelsea have been embroiled in a racism scandal since the first-leg of their last 16 Champions League tie with Paris Saint-Germain – when a small number of Blues fans aggressively pushed a black man off the metro in the French capital, and sang “We’re racist and that’s the way we like it”.