Every single Chelsea player except goalkeeper Thibaut Courtois and the injured Oscar were seen surrounding the referee just before Zlatan Ibrahimovic was sent off for PSG.

Is this really okay, or has Jose Mourinho gone too far in encouraging his players to take advantage of these kinds of situations? 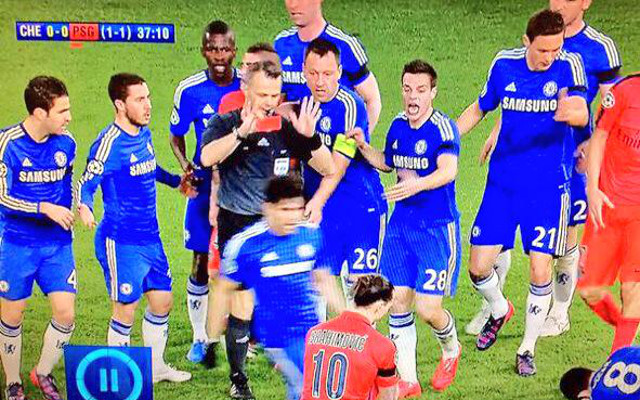