Manchester City are releasing a new away kit for the 2015/16 season. Earlier this month their new home kit was leaked, and now the new away strip has been too.

Unlike the retro-looking home kit, the away kit takes a more modern approach, with a light blue trim and space-age letters and numbering. 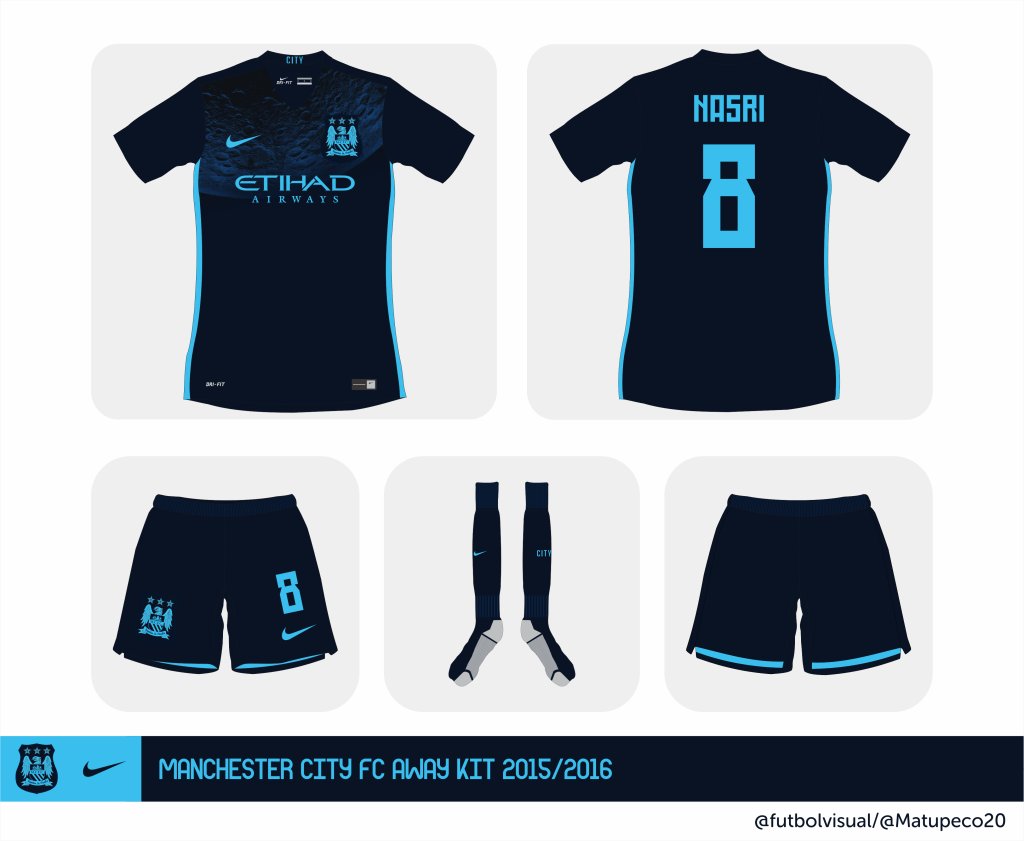