PSV winger Memphis Depay has been seen favouriting a tweet linking him with a summer move to Manchester United, strongly hinting that this transfer story could be one with serious weight behind it.

The exciting Dutch youngster has been linked several times with a move to Old Trafford, having impressed manager Louis van Gaal during their time together with the Netherlands national team.

Depay has now been seen favouriting a tweet containing text that translates as “Manchester United have a lot of money for Depay.”, as well as a link to an article.

However, after the Dutchman – hailed as the new Cristiano Ronaldo – realised his favourite tweets were viewable by the public, he removed it from his list.

Still, if United really do want him, it seems the player himself is keen on the move. Watch this space… 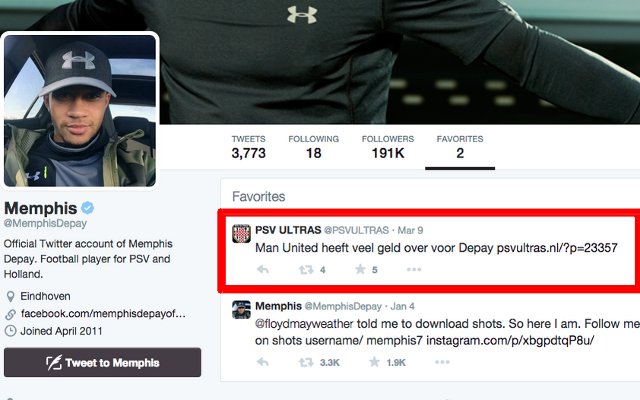