Most teams have some celebrity fans, but sometimes they can be more of a curse than an asset (just ask Arsenal supporters – cough, Piers Morgan). Nonetheless, few teams would complain about two high profile Hollywood actors joining the cause.

Last week we mentioned that Rob Schneider was an avid Tigres UANL fan, and it seems his passion is spreading…

The latest to come out in support of the Monterrey-based team is Adam Sandler – check out the image below: 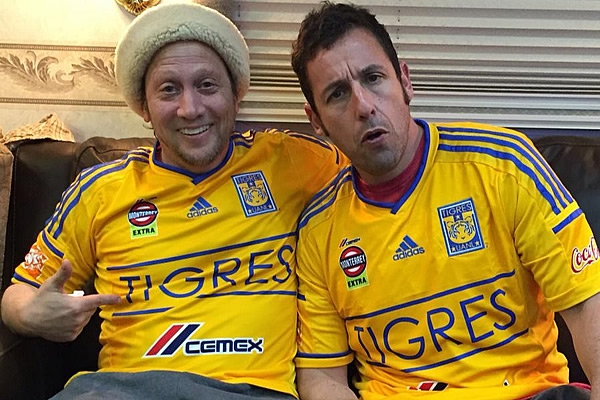