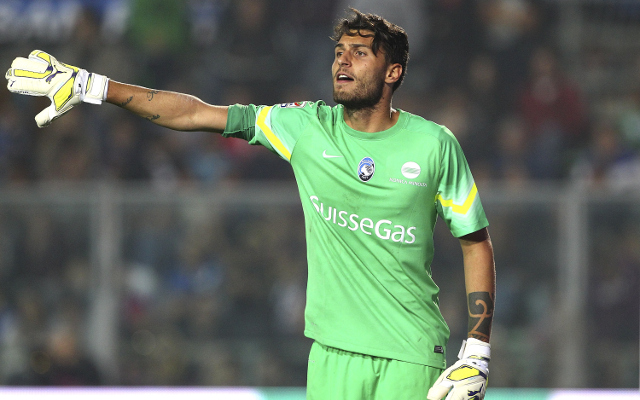 Liverpool have been dealt a major blow as one of their transfer targets as Marco Sportiello has ruled out leaving Serie A side Atalanta in the summer, reports the Daily Star.

Sportiello has impressed for the Italian club, keeping seven clean sheets, and helping his side keep their heads just above water, as they sit one place – and four points – clear of the relegation zone.

Brendan Rodgers had pinpointed the 22-year-old as a potential replacement for mistake-prone Simon Mignolet, but it now appears that the Liverpool boss will have to look elsewhere, as while Sportiello admitted he was flattered by the interest from Anfield, he confirmed that he is happy where he is currently.

“Liverpool are definitely a great club. We’re talking about one of the top clubs in the world. That said, I’m happy to be here, this is my first year as a starter and I’ve signed a new contract with Atalanta,” Sportiello explained.

After spending most of his early career in the lower leagues, on co-ownership or loan deals, he has found himself being used regularly within the first-team this season, making 26 appearances in the top flight this campaign.

“My life has changed in a few months,” he added.