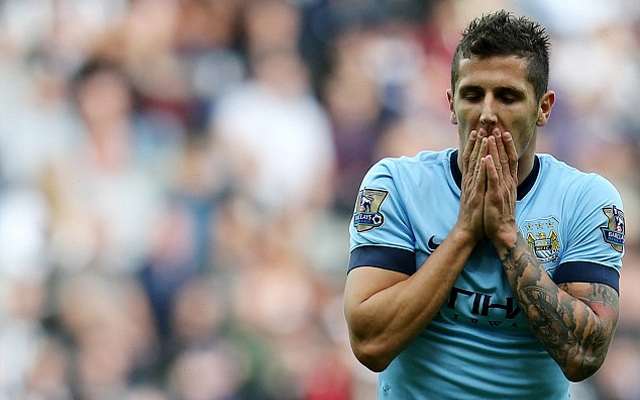 Man City attacker Stevan Jovetic is the subject of growing interest with the Daily Mirror claiming that Atletico Madrid and Inter Milan are both keen on the bit-part player.

The Montenegrin moved to the Etihad Stadium in a £22m deal in the summer of 2013 but has failed to retain a foothold in the Premier League side’s starting eleven and may now be offloaded for as little as £12m.

Jovetic was already behind Sergio Aguero and Edin Dzeko in Manuel Pellegrini’s pecking order and the January capture of Wilfried Bony has all but ended his career at Man City.

Pellegrini then elected to not name Jovetic in his Champions League squad for the second half of the season.

Jovetic has made just nine Premier League starts this term, the last of which coming in early January.