FIFA published an updated list of their world rankings for international men’s football on Thursday.

It was not good news for Spain, who fell out of the top 10.

Meanwhile, England have dropped ever further, with Roy Hodgson’s men now below Romania.

It could be worse… Scotland, Ireland and Northern Ireland are all ranked lower than Cape Verde!

Check out the top 90 right here… 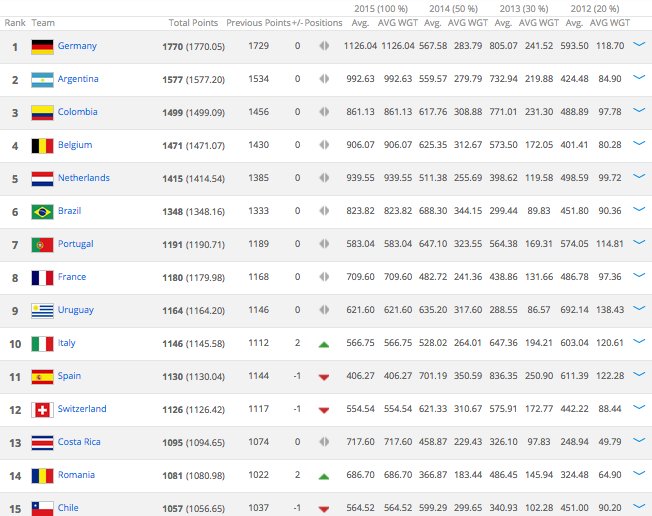