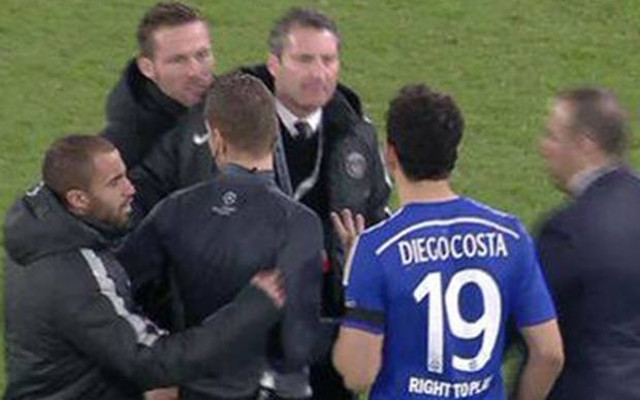 Footage has emerged of Chelsea’s Diego Costa and Paris Saint-Germain’s Yohan Cobaye coming to blows at the final-whistle of the Blues’ Champions League defeat on Wednesday night.

Former Newcastle United midfielder Cabaye fearlessly squared up to the Stamford Bridge striker, with the pair having to be pulled apart by match officials, in a seething on-pitch bust-up.

Is there a worse side in defeat than Jose Mourinho’s Chelsea?

Take a look at the moment the duo came to blows: