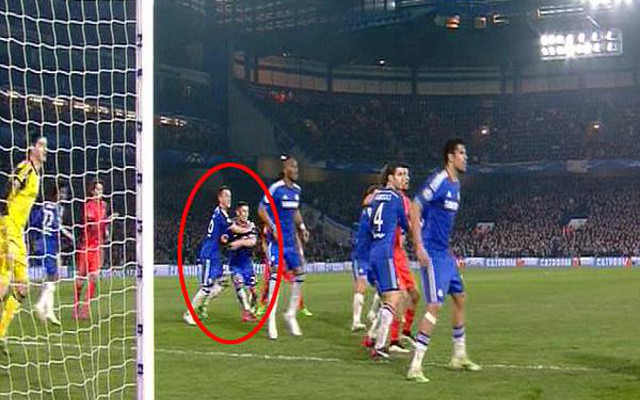 Paris Saint-Germain captain Thiago Silva scored the winner in an incredible last 16 second-leg Champions League tie against Chelsea, but Chelsea Jose Mourinho will be fuming after footage shows his skipper, John Terry, marking his OWN team-mate as the PSG defender netted the decider.

On close inspection, it can clearly be seen that the Blues centre-back is grappling with his own team-mate Gary Cahill for the corner that Silva eventually scored the winner from.

What was Terry thinking?! Take a look at the insane moment here…