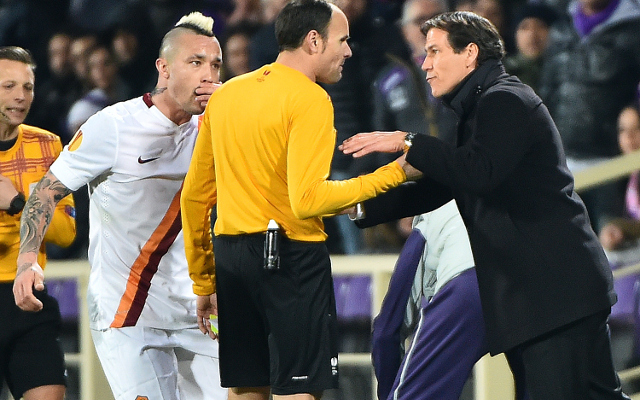 UEFA will once again face questions over their insistence of a fifth official in place of technology, after a terrible penalty decision threatened to overshadow the Europa League last 16 first leg clash between Italian rivals, Fiorentina and Roma.

In the second half of the game, with the score at 1-0 to the home side, Roma were awarded a penalty after Juan Iturbe took a tumble in the box, despite a clear hand on the ball from Fiorentina’s goalkeeper Neto.

If the fifth official was doing his job, he would have been looking at the action right in front of him, and would have clearly noticed the blatant touch from the keeper.