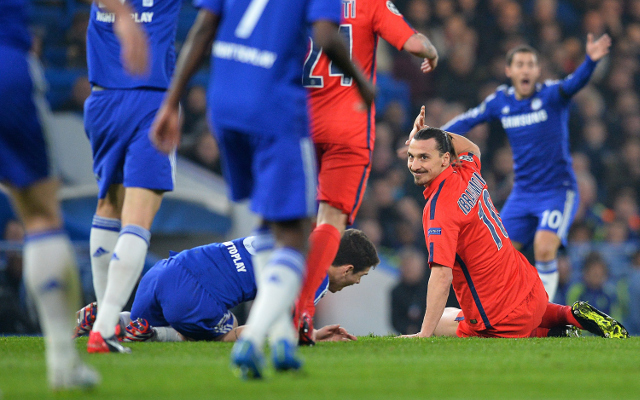 Paris Saint-Germain striker Zlatan Ibrahimovic has criticised the reaction of Chelsea’s players when he was sent off in last night’s Champions League game at Stamford Bridge.

The Swede was unfortunate to be shown a red card early on in the tie, with the referee deeming his fair challenge to be dangerous play, though he has hinted player power may have influenced the decision.

A number of Chelsea players were quick to surround the referee, which clearly didn’t impress Ibrahimovic…

Despite the red card shown to Ibrahimovic, PSG coped well without their talisman, and eventually progressed on away goals after a 2-2 extra time victory.