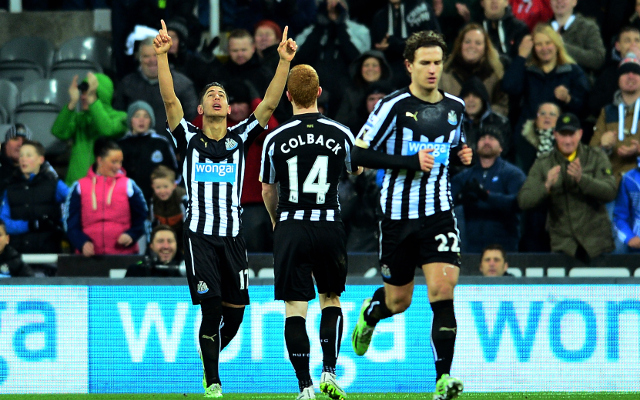 Arsenal and Manchester United are set to battle it out with each other for the signature of Newcastle prospect Ayoze Perez, according to the Daily Star.

READ MORE:
Arsenal Transfer News
Why Arsenal should go all out to secure a respectable second place
Awesome Arsenal XI for 2015/16 with bargain signings of Real Madrid star and Brazilian sensation

Perez has been one of the bright points of the Magpies’ season, contributing five goals, which puts him only behind Papiss Cisse in the club’s scoring charts. His exciting performances have caught the eye of many in the Premier League.

Both Arsenal and United have had issues with strikers this season. The Gunners have struggled to find a replacement goalscorer when Olivier Giroud has been injured, and Louis van Gaal’s side consist of the horribly out of form pair of Robin van Persie and Radamel Falcao, who between them have scored just four times since the turn of the year. Both are expected to depart Old Trafford this summer.

But Perez has revealed that he is committed to Newcastle currently, and while he is flattered by the interest, he is intent on doing well at St James’ Park.

“It would be a mistake to start thinking about that now, it is too early. I’ve only been at Newcastle a few months and I am very happy. I continue to work as usual and I am in no rush,” the 21-year-old said.