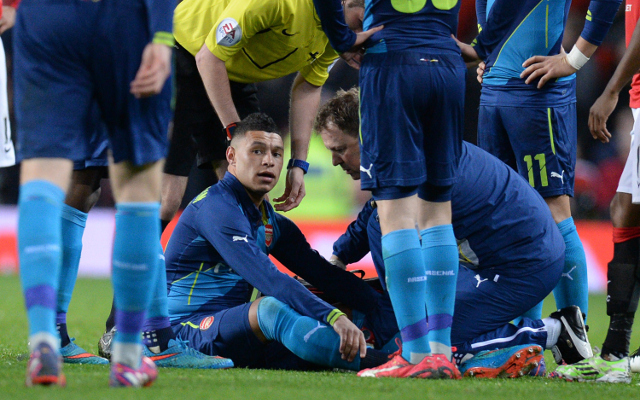 Arsenal manager Arsene Wenger did not have great news for Gunners fans on Friday morning as he provided updates on the fitness of key midfield duo Jack Wilshere and Alex Oxlade-Chamberlain.

Speaking in his press conference, the Frenchman said he expected Chamberlain to miss the next four weeks after going off in the FA Cup win at Manchester United.

Boss on @Alex_OxChambo: “It’s a hamstring injury. He’ll be out for three to four weeks.” #AFCvWHU pic.twitter.com/a0ITGBPLIc

Wilshere, meanwhile, shows no sign of returning anytime soon, with Wenger admitting he is unsure when the England international will be back in action.

Boss on @JackWilshere: “It’s very difficult to say when he will be back. We have to respect his recovery.” #AFCvWHU pic.twitter.com/YxpLqwimxn