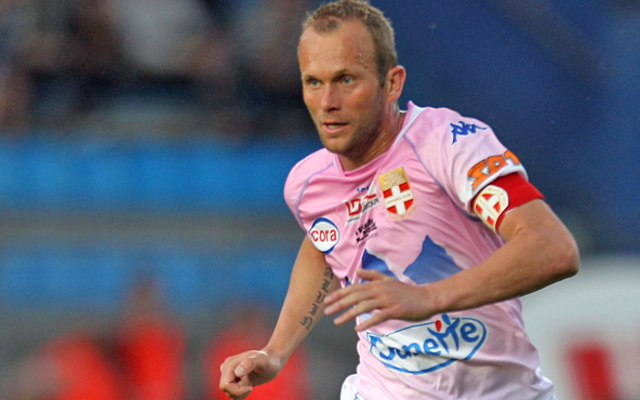 Pascal Dupraz has confirmed that Evian Thonon Gaillard will be without veteran midfielder Olivier Sorlin when they meet Nantes in Ligue 1 on Saturday.

The Cross of the Savoie acknowledged earlier in the week that Senegalese full-back Youssef Sabaly and Togolese striker Gilles Sunu would be missing due to injury, and they have now added Sorlin’s name to the list of absentees.

France Football have reported that after taking part in training on Friday, Sorlin was left behind by Evian for the trip to Nantes. The two sides meet tomorrow at 6 pm GMT, with both looking to recover from poor results last weekend.

Evian were outclassed by Monaco, losing 3-1 at home, while Nantes lost to Stade de Reims, who ended a long run without a victory to triumph 3-1.

Dupraz will, however, be able to call upon Argetnine attacker Nicolas Blandi and Serbian midfielder Milos Ninkovic.