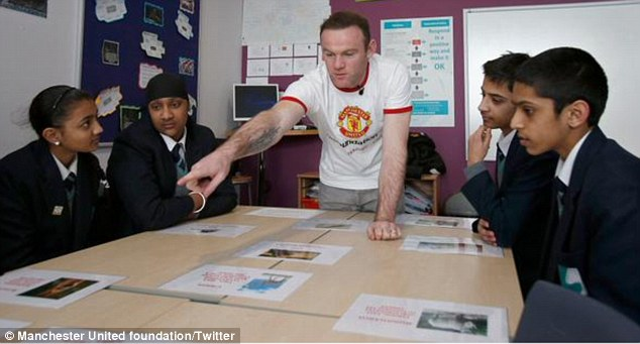 The 29-year-old was joined by team-mate Paddy McNair for a surprise visit to the clasroom, and gave an inspiring talk to the star-struck students, including making a best eleven made up of animals.

The England captain explained that a meerkat and hippo could make a good central defensive pairing, with the pace of the meerkat complementing the strengths of the hippo!

One student included a giraffe upfront, and cheekily compared the tall creature to Manchester United’s use of Marouane Fellaini in that position!