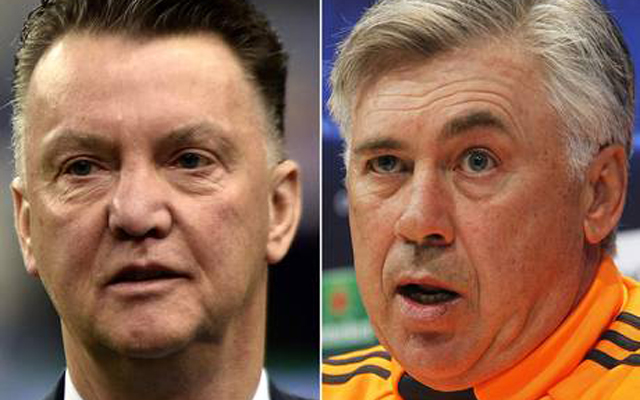 Reports in Spain are claiming that Carlo Ancelotti is being lined up as the next manager of Manchester United, should the Old Trafford side choose to sack Louis van Gaal at the end of the season.

The pressure on the Dutchman has become increasingly intense over recent weeks, a situation that has a hit a new look following the Red Devils’ FA Cup exit at the hands of Arsenal on Monday.

With United’s chances of winning silverware this season having now all but evaporated, only a top four finish and a return to Champions League football can realistically save the United boss from the chop.

And with Liverpool breathing down United necks in fourth place, Van Gaal will be well aware that his side can’t afford to slip up in the coming weeks. In fact, according to the Daily Star, he could be replaced regardless of how well United end the season.

Former AC Milan and Chelsea boss Ancelotti, who led Real Madrid to their tenth Champions League title last season, has also come in for criticism since the turn of the year, and is facing a revolt among supporters following Tuesday’s 4-3 home defeat by Schalke.

Ancelotti is happy to continue in the Spanish capital, but if he’s forced out later this year he could welcome a return to England, especially with a job as big as the United one dangling tantalisingly in front of him.