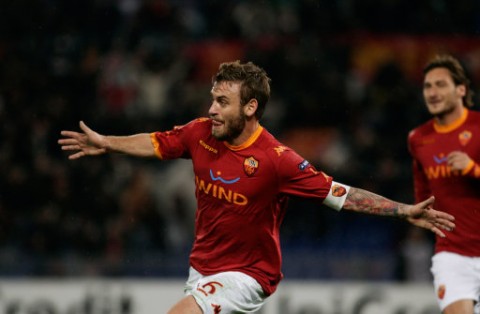 Daniele De Rossi has long been linked with a move to the MLS, and it now seems that a switch to Orlando City to join Brazilian legend Kaka is the most likely outcome.

Media reports in the US this morning suggest if Orlando cannot close a deal he could end up at Thierry Henry’s former club New York Red Bulls or Jermaine Defoe’s old side Toronto.

Furthermore, Gazettagiallorossa.it are reporting both Toronto and Orlando are ready to offer De Rossi a $6.3 million per year contract to make the move. It is unclear whether De Rossi would accept however, as he is currently the highest paid player in Serie A and the MLS offering would not come close to matching what Roma pay him.

The 31-year-old has spent his entire career at Roma, making 348 appearances and scoring 35 goals.