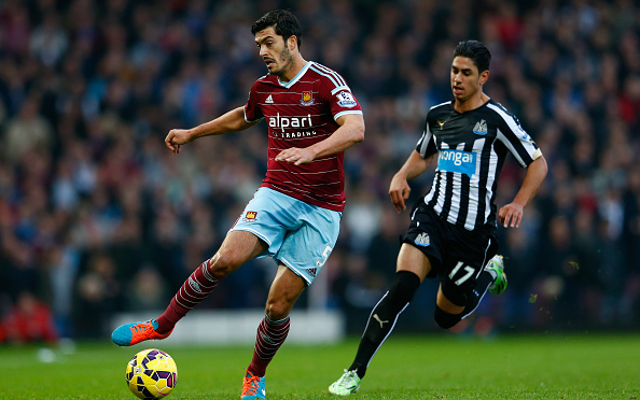 West Ham only have one fit centre back for this weekend’s crunch tie with Arsenal after it was confirmed James Tomkins had suffered a dislocated shoulder.

Tomkins suffered the injury after a training ground incident. Although he is awaiting a scan on the injury on Friday, West Ham insiders say he is unlikely to play again this season.

It means West Ham boss Sam Allardyce must now travel to Arsenal with James Collins as their only available centre back; Winston Reid is already out with a hamstring injury, and Carl Jenkinson cannot play against his parent club.

It is presumed that Cheikhou Kouyate will drop back to partner Collins in what promises to be a makeshift defence.

The news adds to the deepening injury crisis at Upton Park – Enner Valencia gashed his foot in a freak accident involving a tea cup, while Andy Carroll, Carlton Cole and the aforementioned Reid are long term absentees.