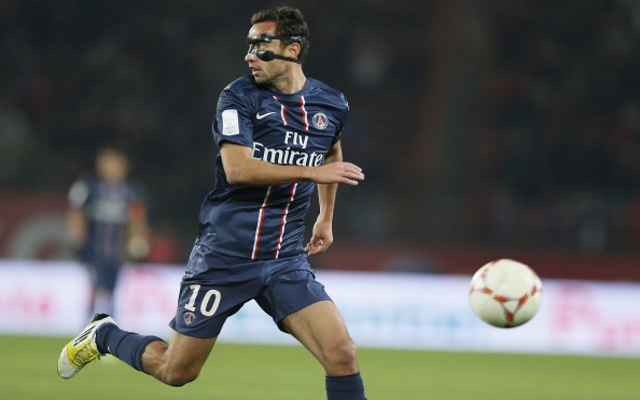 West Ham United’s Nene is keen to return to the Parc des Princes in some capacity in the future.

Former Paris Saint-Germain hero Nene has revealed that he wants to return to the club one day.

The Brazilian, who currently plays for West Ham United in the Premier League, was present at Stamford Bridge in midweek as Laurent Blanc’s side secured progression to the quarter-finals of the Champions League after a 2-2 draw against Chelsea.

Nene joined PSG in 2010 after featuring for the likes of AS Monaco, Espanyol and Real Mallorca. He left three years later to switch to Al-Gharafa in Qatar.

“I’d like to return, as a player or to work with the club,” Nene began, as reported by France Football, “Paris stays in my heart.”