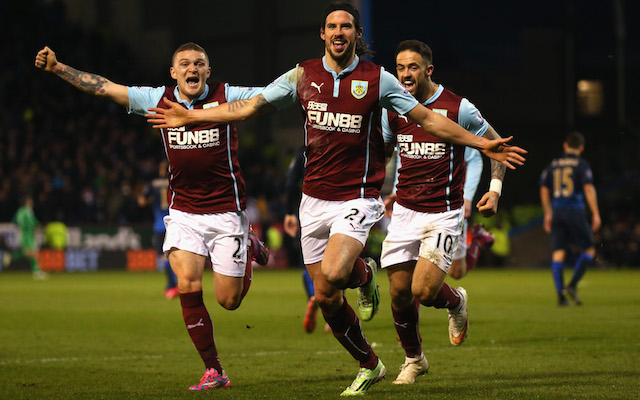 Manchester City suffered a shock 1-0 loss to Burnley at Turf Moor on Saturday which could have serious repercussions on the Premier League title race.

Manuel Pellegrini’s side now find themselves five points behind Chelsea but the the Blues have two games in hand and could extend their lead to eight at the top of the table with a win over Southampton tomorrow.

And whilst nothing is guaranteed, Twitter certainly seems to think the title race is effectively over, see the best of the reaction below:

Man City are terrible champions. This has been such an easy title for Chelsea to win. City just trip over themselves, embarrassing.

With 5points lead & 2games in hand for Chelsea,I don't think its too early for Man City to wave retaining the trophy bye!

Congratulations on another pitiful title defence Man City. Chelsea can coast towards the Prem. Embarrassing #MCFC

Basra Chandly: I see Arsenal overtaking Man City. It will be a two horse title race between Chelsea and Arsenal.

I'm GUTTED Man City keep on loosing to less fashionable teams, without doubt they have gifted Chelsea the title.

I'm GUTTED Man City keep on loosing to less fashionable teams, without doubt they have gifted Chelsea the title.