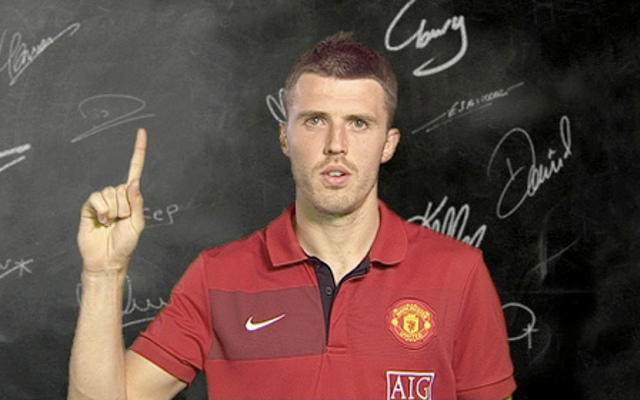 Manchester United midfielder Michael Carrick has admitted bringing the Champions League back to Old Trafford is vital for the club, reports the Daily Express.

The Red Devils are currently fourth in the Premier League, but face fellow top four challengers Tottenham and Liverpool in the next two weeks. The results of these fixtures could define their season after crashing out of the FA Cup on Monday.

Should United fail to finish in the Champions League qualification places then there will be huge pressure on manager Louis van Gaal.

Carrick said: “Our thinking now is all about Sunday’s game – we can’t look past that. We know Champions League qualification is vital. Missing out last year was a big blow. This year, we’re in a good position and have given ourselves a chance. We’ve got a tough run of games, starting on Sunday, but we’re at home and looking to play well and win the match.”

The Old Trafford side will have to do without experienced striker Robin van Persie for both of these games after he was ruled out until after the international break.

This will mean that captain Wayne Rooney will likely continue up front, with summer signing Radamel Falcao continuing to disappoint.