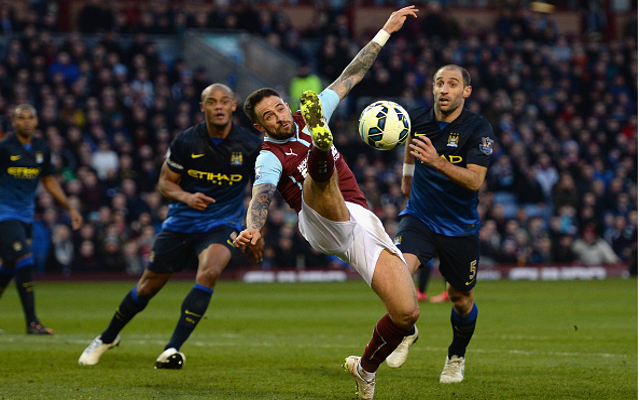 Old Trafford side edge ahead of Anfield suitors.

Man United are set to see off arch rivals Liverpool in their pursuit of Burnley forward Danny Ings according to the Daily Star.

The 22 year old’s Turf Moor contract expires in the summer and by all accounts the Clarets man prefers the possibility of a move to Old Trafford over an Anfield switch.

Louis van Gaal may well be looking to strengthen his attack and a move for Ings will certainly cost a damn sight less than a move to make Radamel Falcao’s temporary, and unsuccessful, deal a permanent one.

AS Monaco want £46m for the Colombian whilst a move for Ings could cost as little as £3m, with the player’s fee determined by a tribunal, and as such makes such a transfer a calculated risk well worth taking.

Ings bagged 26 goals last season to help Sean Dyche’s side to promotion to the Premier League and the youngster has impressed this term, netting nine goals thus far.