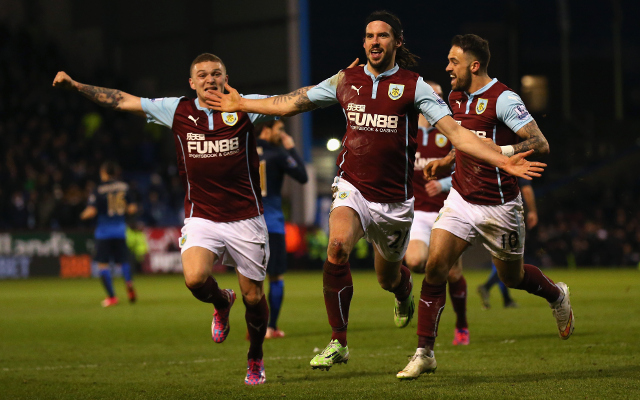 Burnley have taken the lead against Manchester City in their Premier League, thanks to wonderful strike from George Boyd at Turf Moor.

In a match in which City have to win to realistically keep their title hopes alive, they have critically fallen behind after the Scotland international slammed a half volley past Joe Hart from the edge of the area.

It would be fair to say that the goal has not come against the run of play either, Sean Dyche’s side have been more than a match for their opponents.