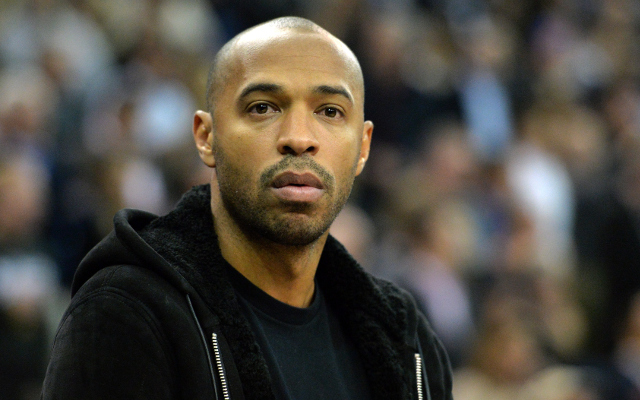 Arsenal’s all-time leading goalscorer Thierry Henry has expressed doubts, in his column in the Sun, over whether Manchester United will get their act together quick enough to maintain their place in the Premier League’s top four.

Despite Louis van Gaal’s side currently sitting in fourth, two points clear of Liverpool, Henry does not believe that United will stay above their rivals, and qualify for next season’s Champions League, after a year’s absence from the competition.

The former French international cites van Gaal’s indecision since his move to Old Trafford as the main cause for concern.

“The problem is the Dutchman, although an excellent manager with a proven track record, does not seem to know his best team.

“At the start of this season, I had no doubt that United would finish in the top four and return to the Champions League,” Henry said.

Instead, Henry believes that the final four will have a familiar look to it, come May.

“It now looks as though the four will be Chelsea, Manchester City, Arsenal and Liverpool.

“Brendan Rodgers has a hell of a record from January and Liverpool look on course to finish fourth ahead of United,” he added.

Henry’s faith in the Reds is seemingly not misplaced, as Brendan Rodgers’s side have not lost in the league since mid-December, when they were defeated by Manchester United, and they have taken nine wins along the way to recover from an arguably lacklustre first half of the season.