Louis van Gaal can finally show tangible evidence of what a team under his guidance would like after Man United finally delivered a dominant performance in a big game.

Down on confidence after losing to Arsenal in the FA Cup, Man United offered the right response by taking Spurs apart inside 30 min with some quick and devastating football.

Here is how the Red Devils rated in their win over Spurs.

Hardly tested by Spurs given that he only faced one shot on target.

Offered great energy going forward and did well to put in a solid performance given the focus on him after his mistakes on Monday night.

Showed composure on the ball, keeping his team in the front foot which would have delighted Van Gaal. 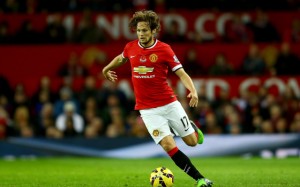 The reason why Andros Townsend was hauled off after 30 minutes, dominated Man United’s left hand side.