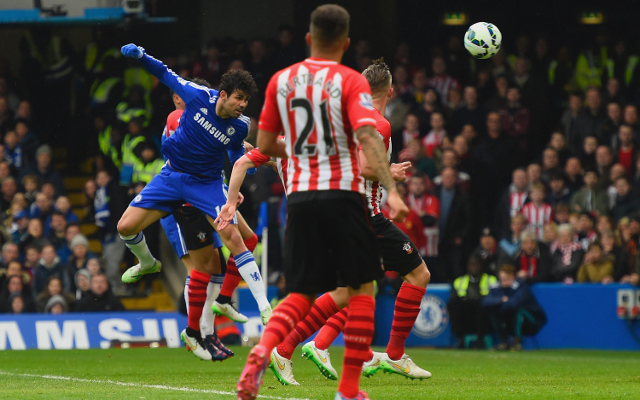 Diego Costa has ended his seven game goal drought with the opening goal, as Chelsea took the lead against Southampton at Stamford Bridge. However, their joy was short lived as the Saints equalised through a Dusan Tadic penalty.

The Spanish international broke the deadlock after eleven minutes with a well placed header on the edge of the six yard box. It was his first goal since bagging a brace in the 5-0 demolition of Swansea back in January.

But just like midweek, Chelsea conceded a quick equaliser, as Sadio Mane’s burst into the box was ended by a Nemanja Matic challenge. The referee pointed to the spot, and booked the Serbian. Tadic, who hadn’t scored since grabbing the winner against Manchester United two months ago, nearly saw his effort saved by Thibaut Courtois, but the Belgian was ultimately unable to keep it out.

The goal from Matic’s countryman ends a frantic first fifteen minutes. Could we see another upset after Manchester City’s slip up yesterday?