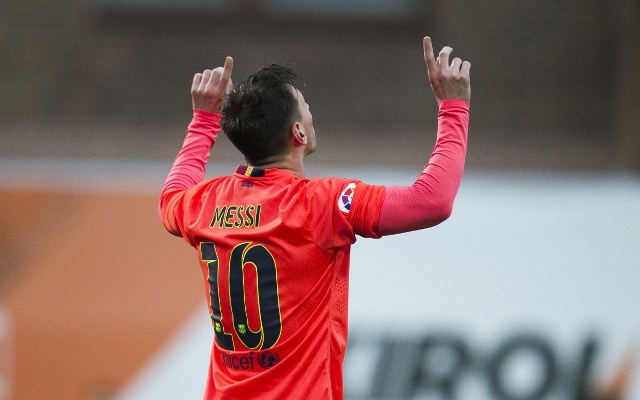 Barcelona boss Luis Enrique believes his side are in “perfect form” ahead of two huge clashes against Manchester City in the second-leg of the last 16 of the Champions League at the Camp Nou, and Real Madrid.

Barca welcome the Premier League champions to the Camp Nou on Wednesday night, after a 2-1 first-leg victory at the Etihad Stadium, and just four days later host rivals Real Madrid on Sunday night – and the Spaniard believes now is the idyllic time for the blockbuster ties.

Following their 2-0 win over Eibar on Saturday, which has fired the Spanish giants to four points clear at the top of La Liga, ahead of Real, the 44-year-old said, “We’re going into the Clasico as leaders and in perfect form,” Enrique was quoted by Sky Sports.

“But first, we have to focus on City because qualification is at stake. Then we’ll see what happens at the weekend.

“This will be a very nice week with two games in front of our fans, but it is not the most important week.”

City hero Joe Hart, who saved a last-minute penalty from Argentine magician Lionel Messi, nonetheless believes his side are more than capable of producing a shock win.