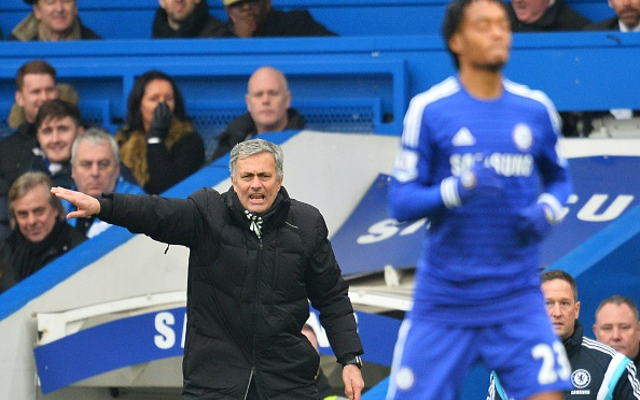 Chelsea are reportedly interested in signing loaned in striker Radamel Falcao despite his poor form at Man United this season according to the Metro.

The 29 year old Colombian was brought in to Old Trafford, from Ligue 1 big spenders AS Monaco, on a season long loan deal and has been something of a flop and as such it’s surprising that Jose Mourinho would take an interest in the former FC Porto and Atletico Madrid man.

Louis van Gaal has opted to drop Falcao from his starting eleven of late, his last Premier League start coming in mid-February, and given his record of just four goals in 18 top tier appearances one has to wonder why Mourinho would take an interest.

It is however true that Falcao was a prolific marksman in Portugal, Spain and France and this source believes the AS Monaco man is seen by Mourinho as a preferable back-up for Diego Costa than veteran Didier Drogba and bit-part player Loic Remy.

This source believes a fee as low as £20m could land Falcao though AS Monaco would surely demand far more for a player they paid around £50m for just over 18 months ago.