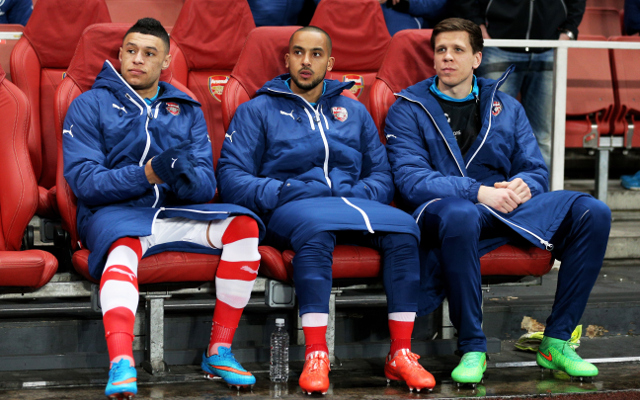 Arsenal goalkeeper Wojciech Szczesny is being targeted by Roberto Mancini, who wants the dropped stopper to join Inter Milan in the summer, according to the Metro.

The Italian club are considering the approach for the Polish international, as they resigned to losing their current number one Samir Handanovic. The Slovenian could be heading to the Premier League, with Manchester United one of the many clubs reportedly interested in the 30-year old.

Szczesny is currently going through a difficult spell at the Emirates Stadium, having lost his place following a fine on New Year’s Day for being caught smoking in the showers at St Marys after their defeat to Southampton – where the 24-year-old was arguably at fault for both of the goals. And it doesn’t look like Arsene Wenger will be looking to bring him back in at the expense of Columbian David Ospina any time soon.

It is rumoured that Szczesny would be looking for a move in the summer if the situation does not change, and the prospect of moving to the San Siro and joining the rebuilding project at the club, may prove too tempting.